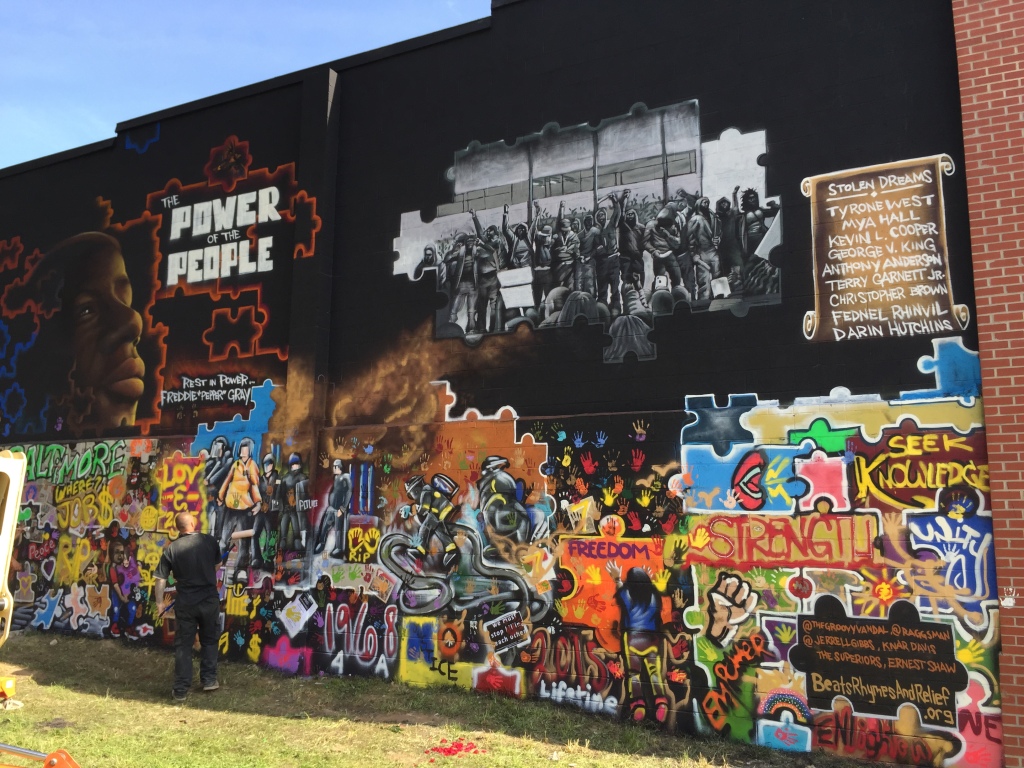 This is a mural for Freddie Gray that was completed on Saturday in West Baltimore. I was there for the day. I saw a great many boarded up row houses, broken windows, warm people sitting on stoops. A demonstration put together by local organizers and the New York Justice League marched from the city community college to a youth concert. Most of the rapping was about the police. The sun was bright, and the crowd was small. Men in tuxedos — Nation of Islam members — milled about, shaking hands and selling newspapers. Aside from some families, the crowd seemed mainly composed of organizers and activists.

The theme of the day: what will justice for Baltimore look like? Does it mean harsh sentences for the six police officers charged with the death of Freddie Gray? Does it mean tempering the Baltimore police’s proclivity for violence? Does it mean making the landscape of West Baltimore look more like what you would expect of one of the more affluent metropolitan areas in the country?

(Chart above from Brookings.)

I walked by a courtyard sectioned off with police tape. I asked a white cop if things had quieted down recently. “Things are never quiet around here,” he told me with a smile. I asked if there had been any more riots, and he said there had not been.

View all posts by Zeeshan Aleem